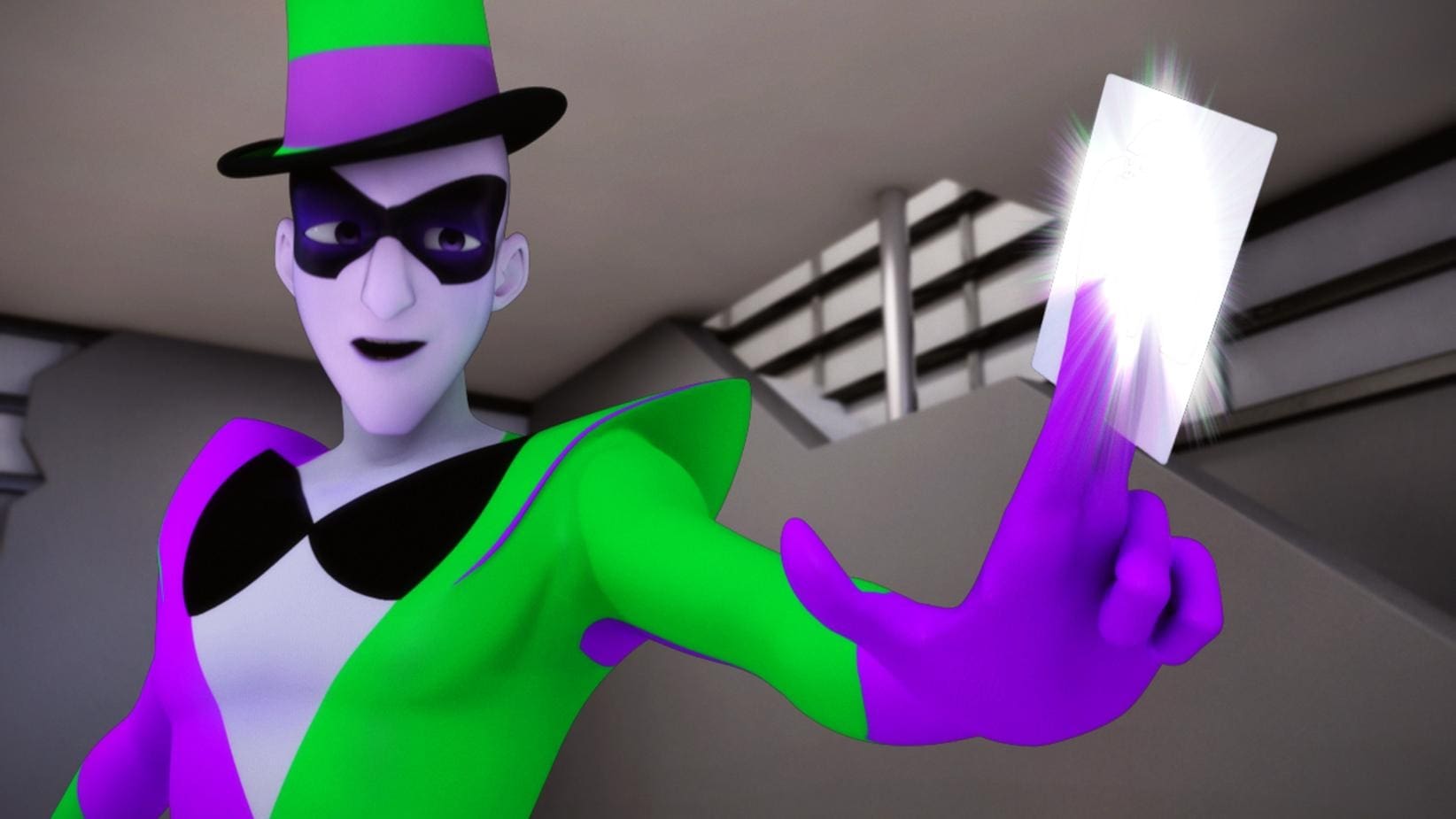 Nino is a contestant in a game show called The Challenge, where he has to get Mayor Bourgeois to dance. Despite being invited to see Nino, Marinette is grounded by her parents for missing too many classes at school, not knowing that she had been working as Ladybug. As Nino completes his challenge, the next contestant, a hypnotist named Simon Grimeau (Jacques Grimeau in French version), is given the challenge to hypnotize Adrien’s father Gabriel Agreste. However, Gabriel refuses to participate in the challenge, causing Jacques to fail. Angry that he was not given the chance to at least try, Jacques becomes influenced by Hawk Moth and turns into Simon Says (Jackady in French version), an extravagant villain who can hypnotize someone by throwing playing cards at them. 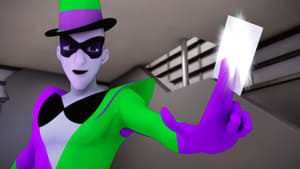 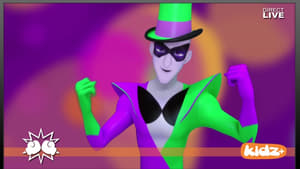