Adrien discovers a book in his father’s safe with pictures of the different Miraculous heroes and steals it to learn more. Later, a new student named Lila arrives who claims to be good friends with Ladybug in order to wow Adrien. Jealous and upset by Lila’s lies, Marinette begins to tail her, during which time she watches Lila steal the Miraculous book from Adrien. Tikki notices the cover design and insists upon taking the book for further study. Lila then tells Adrien that she is descended from the Miraculous holder Volpina, prompting Marinette to transform into Ladybug and call Lila on her lies in front of Adrien. Embarrassed, Lila runs off and becomes influenced by Hawk Moth, who transforms her into Volpina, a superhero with the power to create illusions, with the hope that she can gain Ladybug and Cat Noir’s trust and betray them. The plan fails, though Hawk Moth is not concerned, proclaiming that his “big day” is at hand. Afterwards, Tikki’s suspicions about the book are confirmed: it is the long-lost book of lore that contains coded secrets about the Miraculouses. She then brings Marinette to meet the Great Guardian, Master Fu. 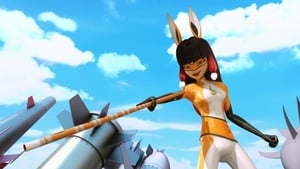 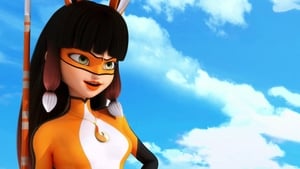